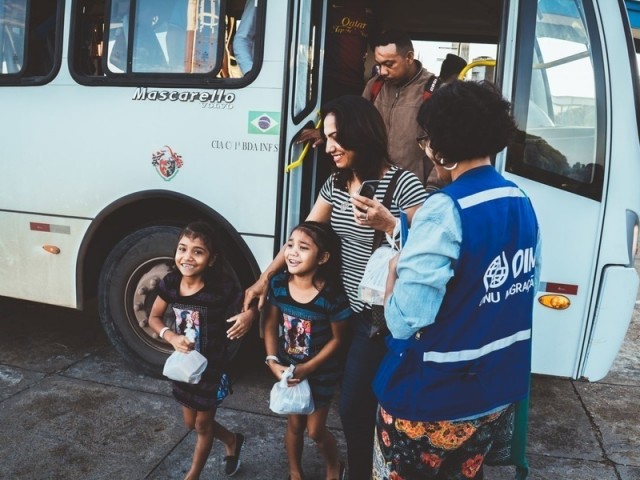 The City of São Paulo, Brazil developed its first Municipal Plan of Public Policies for Refugees and Migrants (2021-2024). This pioneering local migration plan was developed in close collaboration with refugees and migrants living in the city, and supported by IOM and UNHCR, so public policies respond to the needs of displaced people and migrants living in the city. This good practice is the first of its kind developed by a Brazilian city and can be replicated in other cities within Brazil, South America, and globally. Read the UNHCR analysis of the Plan and explore the MigraCidades Platform.

This Municipal Plan was developed on the recommendation of São Paulo’s 2019 Local Migration Governance Indicators Profile, which assessed and identified areas for improvement in the city’s migration governance. São Paulo City Hall also endorsed the importance of the cities’ role within the Global Compact for Migration by signing the Marrakech Mayors Declaration “Cities Working Together for Migrants and Refugees.”

In 2020, São Paulo also submitted a Voluntary Local Review (VLR) of its progress towards the 2030 Agenda, which mentions the work the municipality is doing to ensure safe, orderly, and regular migration. The upcoming International Review Forum, the primary intergovernmental platform to share progress on implementing the GCM, including as it relates to the 2030 Agenda, is another opportunity to empower local actors like São Paulo to champion their work supporting migrants as development actors on the global stage.