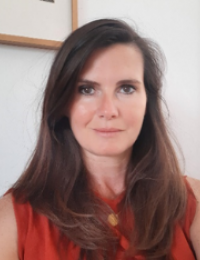 Cécile Riallant is a senior migration, displacement and development expert with 23 years of experience. Currently based in Geneva, she is currently acting director of the new Department of Peace and Development Coordination (DPDC) at the International Organization for Migration (IOM). She is also leading IOM’s work to support governments and UN Country Teams with the Global Compact on Migration implementation in the context of the UN Network on Migration. Previously, she lead IOM's work on migration and sustainable development as Head of MSD and Team Leader for IOM’s dedicated Institutional Strategy. In her past roles, she was seconded to UNDP to manage the UN Joint Migration and Development Initiative (JMDI), the largest global UN programme on migration and development involving seven agencies.

Cécile joined IOM in 2000, after three years working as a researcher. She has managed for IOM numerous programmes and projects in the field of migration and displacement with geographical scope in the Great Lakes (Africa), Afghanistan, the Balkans and Europe. She was also Deputy Chief of Mission of the IOM Mission in Indonesia, working to support populations internally displaced by the 2004 tsunami and the conflict in North Sumatra.

Ms. Riallant is a founding member of the Mayoral Forum now integrated into the GFMD. She also led the development of IOM’s flagship publication, Migration and the 2030 Agenda, and was a contributor to the 2015 World Migration Report on Migrants and Cities and the OECD report Perspectives on Global Development 2017. She is a member of the Editorial Board of Migration Policy Practice. She holds a Bachelor's degree in Political Science from the Institut d'Etudes Politiques (Science Po), a Master of Science in European Studies from the University of Strasbourg and a Master of Science in Social Policies from the London School of Economics.